Monday we finally received the last bit of financial information to finish our income tax return.

Today I received the return from our accountant with a note that we not only owe some federal tax, we also owe some state tax. Thankfully it wasn’t too much.

And for the rest of this year we will have to send in quarterly estimated payments to our state.

I’m grateful this is finished for another year.  Now I can relax.

Do you do your own tax return?

All through the year I pile up bank statements and insurance papers and other important papers.

In fact I have been piling up more than one year’s worth.

Finally I organized all the statements in chronological order and put some in a file cabinet drawer.

The others that are piled, also chronologically, in the back bedroom will go in the box in the attic that holds the statements. I should be able to get rid of some that are already up there since I have way more than 10 years worth.

I also have a pile of papers that need to be shredded which I’m planning to do this weekend since we’re supposed to have another snow event which will probably keep me indoors.

There is a stack of papers related to this year’s tax return.  That, of course, is the yearly project that must be done on time.  Thankfully I do have a good accountant who understands the things I don’t.

Are you an early or late filer?

We have a new puppy who is almost 4 months old.

His first food was NutriSource which was recommended by the breeder. NutriSource must be purchased at a local pet store because the manufacturer does not make it available online.

I bought two 6.6 pound bags at a local pet store but have decided to change to AvoDerm which I ordered from Chewy.com. I ordered a 26 pound bag that was delivered to the door.  I’m happy not to lug dog food from the store.

I think this bag will last through Dash’s entire puppy stage after which I will order grown dog food also from Chewy.com because of the convenience and the reasonable price.

Do you have a favorite online service?

Turns out March is an expensive month:

We’re going to a country where we’ll need to exchange currency when we arrive.  Normally we would just use plastic in an ATM machine.

Since we’re not going to a resort area machines will not be readily available and American plastic is not accepted in Cuban ATMs. And U.S. dollars are exchanged with an extra charge.

So I went to my bank to exchange dollars for Great Britain pounds since we’re also planning to visit there sometime this year.  We won’t have to exchange any left over Cuban money back into dollars. (Cuban money is only exchanged in Cuba and non can leave the country.)

I met with a banker whom I told how many Great Britain pounds I wanted and she figured how much American money would be deducted from my account when the money was shipped.

It was shipped in a few days to the bank where I picked it up. The bank had no additional fees.  (The currency exchange office charged a $10 fee on top of the exchange rate but had the money in stock if it was needed quickly.)

How do you handle money when traveling?

January, 2018. I was supposed to make some progress on our projects at home but alas my plan was waylaid by the death of my boss and all the details that had to be attended to.

The main exertion of January was to pull together all files and financials from the previous year.

I’m a little behind but at least all bank accounts are balanced and payroll accounts are reconciled.    W-2s and 1099 wage statements are finished and distributed. Such a relief.

My plan was to outline our thesis for studying Latin music.  I have researched the history of music in Cuba and look forward to a hands-on approach when we actually visit the island.

We’re really excited to add salsa, mambo, and cha cha cha to our repertoire and maybe sit in on a few sets while we’re there.

We hosted a Feast of the Epiphany party on January 6.  Lots of fun, food, and fellowship.

The highlight of the food table was an almond tart called Three Kings’ Cake.

The plan was to listen to lots of musica latina (Latin music).

Instead I spent a lot of time listening to Spanish language CDs and working the Duo Lingo app on my phone.  The app says I’m 53% fluent.  That can’t possibly be correct.  However, I am understanding Spanish a little better than I was a month ago.

My doctor prescribed some routine medical tests but I was only able to get to a lab for a blood work-up.

I had planned to return to the gym early in the month.  Unfortunately circumstances partnered with laziness prevented my stepping foot in the gym.

At one point I did take a mile hike on a snowy trail.  It was torture.

How did your first month of the year fare?

At my job, January is a busy time for me.

I reconcile bank accounts, prepare payroll tax returns, and get together W-2s and 1099s for all employees.

At home I try to pull together all the information that we’ll need for our personal tax return. Since I have recently reconciled all personal bank accounts and received my own W-2, I plan to gather and classify the self-employment numbers and fill in my tax summary sheet.

Do you try to file your tax return early or late?

January, 2018. Finally. December was a really long and trying month. I won’t write a separate post bout December’s progress because basically everything proposed in this post was accomplished.

Now I’m planning my first month of the new year. It promises to be different.

The main exertion of January is to pull together all files and financials from the previous year.

That’s my exertion at work and at home.  Everything must be accomplished by the end of the month — payroll forms, business tax reconciliations, general ledger spreadsheets.

I’m going to outline our thesis for studying Latin music. Charlie and I have the opportunity to research music for a week firsthand on an island in the Caribbean.

We’re really excited to add salsa, mambo, and cha cha cha to our repertoire and to learn the origins and modern players.

We will also be brushing up on our Spanish this month.

Feast of the Epiphany party on January 6.

Medical tests for my doctor who is determined to keep my chart up-to-date.  That’s why I rarely visit him. He seems to think I’m getting older.

I plan to return to the gym early in the month.  I am now pneumonia-free and have regained much of my energy. I need to be ready to do a lot of walking early in February.

Actually Charlie needs to print invoices. For some reason he has an aversion to hand-writing invoices.

If it meant getting paid or not, I would write them.

Charlie really only needs a computer for his invoices but he’s been using a desktop computer in his little office since at least 2000 and maybe longer.

The computer won’t get on the internet any more but that’s not the actual issue.  He can use his phone for internet access. Charlie needs to print invoices for when he goes out to music gigs.

So I figured out a way to take his invoice templates off the old computer and onto one that’s slightly newer (only 10 years old) by transferring them to a thumb drive then downloading them onto the newer laptop.

It doesn’t matter really because its cable is so archaic that there’s not a compatible port on the laptop.

So now we’re left with buying a new printer.

Are you tech savvy or do you need a guru?

This is the time of year we pull together all the financial information from the prior year so we can file our tax return.

We both individually file a Schedule C (Self-employment) with our tax return even though the businesses for both of us are called “Charlie and Jo”.

Charlie is a piano player and I am a singer/manager. Charlie determines how many gigs he’s done and how much money he made. I consolidate his reckonings with my own.

We both figure out the mileage for our cars that constitutes getting to and from music engagements.

I calculate investments and expenses both for our personal finances and our business finances. In addition to filling out the multiple page tax packet our accountant sends I also make a summary version that’s easy for me to see how the money came and went.

Do you prepare your own taxes? 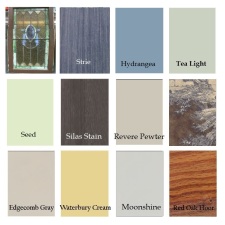